Paris has a new icon in the form of the Peninsula Paris, the first hotel in Europe for the Hong Kong-based Peninsula Hotels.

In a six year redevelopment of the original grand hotel building built in 1908, it cost an estimated $580 million to build the 200 rooms including 34 luxury suites, spa and restaurants.

The building has some significant history – The Vietnam War was ended in what is now Le Bar Kléber, where The Paris Peace Accords were negotiated by Henry Kissinger and signed in 1973. George Gershwin wrote ‘An American in Paris’ while staying at the hotel in 1928.

The meticulous and extravagant restoration makes for a new and classic statement for Paris, with a distinctly refined Parisian feel and prestige location on the Avenue Kleber, which leads to the Arc de Triomphe.

We’ll be checking into the Peninsula Paris in the near future, in the meanwhile if you need any advice for Paris hotels contact us on Twitter. 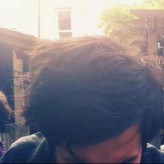 Things to do at Lake Annecy, France

What to see in the France and Ypres WW1 Battlefields

Things to do in Lyon, France

Oh Paree, you’ve really done something to me…