Named after an imaginary nirvana from James Hilton’s novel ‘Lost Horizon’, Shangri-La Hotel Pudong in Shanghai makes for a good version of the real thing.

One of three in the city, the Shangri-La Pudong Nestled beside the famous Oriental Pearl Radio and TV Tower as the only Pudong area hotel with direct Bund views, the vast Shangri-La Pudong fairly commands presence, and delivers on its reputation as a world-class hotel.

As a nod to its unique location, the hotel offers a nightly bar-side Bund storytelling session for those whose interest in the history of the iconic strip can be piqued by friendly concierge staff with a flair for travelogues.

As expected for such a prominent hotel chain, the rooms cater to a wide range of traveller needs. The Grand Tower suites feature exclusive Horizon Club services which include complimentary breakfast at the iCafe buffet, a limousine airport transfer, and other handy services like a free suit press on arrival. The rooms range from Grand to Premier with abundant living areas, Bulgari toiletries, Bose speakers, and our favourite thing of all – a pillow menu to select the scent by which you sleep.

Similarly, the River Tower also offers a wide range of rooms which though smaller in size, are tastefully furnished to a more olde chic European style.

But common to all is the stunningly vast views that stretch and yawn all across Shanghai, down the Huangpu river, and some over the newly-built Pearl TV tower (which incomprehensably replaced farmland just 15 years ago).

There is also scope for a killer party here.. Up to 800 person weddings regularly occur in the gigantic ballrooms, with an adjoining terrace that overlooks the river. Downstairs, the Presidents area is furnished with rich tapestries, gold brocade, walnut dressers ripe for a Moet Chandon or Ralph Lauren photo shoot or sumptuous masked ball amidst the rich classic Chinese surrounds.

For eats, there are only (!) 10 restaurants to choose from, ranging from world-class Japanese, to the expansive ‘i-Cafe’ buffet breakfasts (which feature literally something from every continent). The infamous ‘Gui Hua Lou’ Huaiyangnese cuisine helmed by master chef Sam Gao (recently awarded China’s Top 50 Chefs) is a highlight, as is exciting French fusion restaurant ‘Jade on 36’ led by Franck-Elie Laloum, which was recently crowned one of Asia’s 50 Best Restaurants. The only thing we didn’t love was the UHT milk in the coffee… for $450 a night, fresh milk really is not too much to ask…

But aside from that, it’s as sumptuous as you’d expect and well worth a stay, especially for its location to IFC Shopping Mall and the Oriental Pearl tower. After a long day exploring, it makes for a lovely place to retreat and regenerate, and we’d especially recommend trying the ultra-relaxing 90 minute Jade journey massage treatment at CHI, The Spa, just to top off the Shangri-La experience. 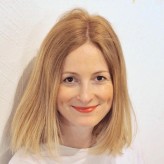 Eloise loves unpacking when she gets to a hotel, finding the best coffee shop at any destination, and that first G&T on the plane.

Hotel Indigo Shanghai: An Authentic Place To Rest Your Head